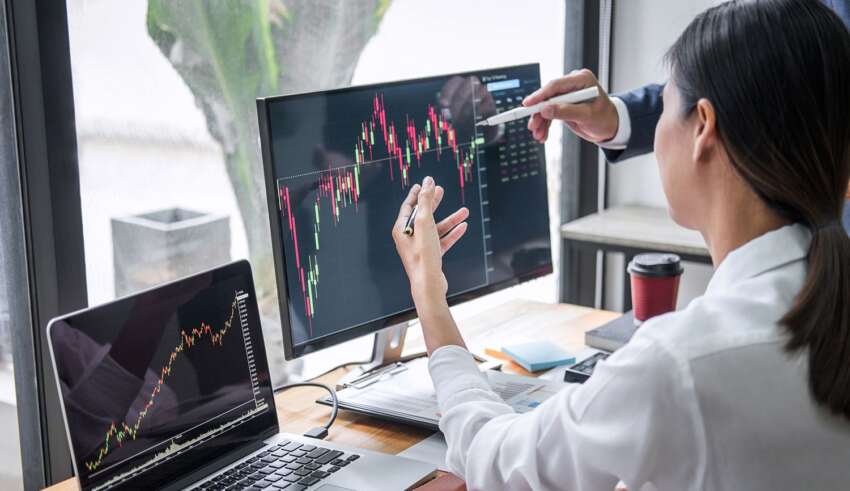 Interest rate decisions made by central banks are usually well-known ahead of time, and media coverage and commentary from experts often give clues about what is coming. It allows investors and companies to prepare for changes and take positions accordingly. Changes that market players did not expect then give rise to sharp price fluctuations, which can be exploited by traders who get wind of them quickly enough.

When a central bank announces monetary easing, such as large-scale bond purchases or other stimulus packages, this causes the currency to weaken.

Central banks hold regular meetings with market players, analysts and the media. They communicate their views on the economy and announce important decisions about interest rates or monetary measures. These can lead to price fluctuations in the forex markets. Because central banks are often very cautious about what they say publicly, trading opportunities arise when journalists ask questions at these press conferences. Therefore, you should follow these events closely if you trade currencies.

By law, central banks cannot directly intervene in politics or elections within their country (although there may be exceptions). However, most politicians running for election want economic growth because that leads to rising tax revenues and better employment prospects. During election periods, central banks are supportive of economic growth. However, if the economy is slowing down or already in recession, politicians may want the central bank to take measures that support their financial policies. It can lead to currency price fluctuations in the forex market.

Governments and central banks are not alone in making decisions that influence currency prices; other prominent policymakers also do this. An example would be large companies that announce important news events, such as profits or expansion plans. It can cause currency prices to rise or fall based on their role in a country’s overall economic situation. In addition, corporate failures or scandals can harm currency prices alongside signs of global economic weakness.

When elections are held in another country, this can influence currency prices on the forex market. There is usually some correlation between the outcome of one election and the outcome of similar elections afterwards because market players see things from a global perspective rather than just focusing on isolated events. For example, if an incumbent candidate wins a second term in office, this may elicit positive reactions across markets worldwide. If they win by a wide margin or there are no signs of manipulation at play during the election process, this could have strong positive effects on certain currencies.

Conversely, if opposition candidates do better than expected, then there may be negative consequences for other currencies down the line. As you can see, political news events and decisions made by policymakers can have a significant effect on currency prices. However, an even more critical factor that we haven’t mentioned yet is changes in the global economic situation. Because we globally traded currencies financial instruments, what happens to one currency will invariably affect others.

Preventive and predictive maintenance have the same goal: to keep industrial equipment in …